Having embarked on a 12 month Giving Back initiative with remanufactured toner brand Planitgreen, Croydon based distributor DMC Business Machines have hit their first quarterly target of raising £2,500 for Starlight Children's Foundation. The aim for the first quarter was to raise enough money to fund 25 Starlight Distraction Boxes.

Distraction boxes contain fun toys, puzzles and games and are a useful tool used by doctors and nurses to distract seriously ill children from the tests and treatments they often endure on a daily basis.

DMC Business Machines have pledged to raise £10,000 for the children's charity through on the box donations for every Planitgreen toner they sell, along with a number of fundraising events and sporting activities. These activities include a 5K run, The London ColorVibe 5K, The Purbeck Plod as well as a number of other office based fundraisers.

With Quarter 1 complete, DMC are pleased to announce that their first quarterly target of £2,500 was met by the first week of June, giving them a head start on their second quarterly focus of funding places at Starlight Parties. Starlight parties give hospitalised children the chance to enjoy face painting, party packs, fun games, party food, decorations and clowns to distract them for their illnesses.

Since the initiative began the business has raised in excess of £3,300, enough money to fund 25 distraction boxes and over 55 places at a Starlight party for hospitalised children.

If you would like to get involved, have any suggestions, questions or requests please email marketing@dmcplc.co.uk

More News
19 hours ago
Tech Data receives two prestigious awards from Lenovo
Tech Data, a TD SYNNEX company, has been named by Lenovo as EMEA Distributor of the Year 2022 and has also received the Lenovo 360 Distributor of the Year award for the UK and Ireland.
20 hours ago
Pelikan unveils new patented eco toner cartridge solutions
Pelikan branded Eco-Friendly toner cartridges use innovative patented technologies to reduce the CO2 footprints by as much as 75 per cent compared to new OEM originals. These technologies have taken more than 10 years to develop and create three product groups.
21 hours ago
Prima hosts first GROWTHFACTOR-e event
On Thursday 12th May over 130 industry professionals attended Prima’s first GROWTHFACTOR-e event held at The Hilton, Liverpool.
1 day ago
Role of AI in customer service teams' mental wellbeing
In recent times, employee wellbeing has been on the top of the agenda for both employees and employers, and the pandemic has brought it even further into the spotlight. As reported by the World Health Organization (WHO), poor health reduces national GDP by 15 per cent, almost twice the 8 per cent hit to GDP that the pandemic itself has had. Therefore, it’s unsurprising that improving mental health has become a key focus for senior leaders.
1 day ago
COLOP reorganises top management
Stamping and marking manufacturer, COLOP is making an orderly and planned handover of the management after Christoph Skopek was appointed as additional Managing Director in 2021 and shared the management with Ernst Faber, who is now retiring after 31 years of management.
1 day ago
New DURABLE RISE to tackle remote working ergonomics
DURABLE is launching a solution in the form of the laptop stand RISE. The stand ensures that the device is at the perfect height, it also makes it possible to work ergonomically with an external keyboard and mouse or a second monitor. The infinitely height-adjustable stand is available now.
1 day ago
Kodak Alaris enhances i4000 Series Scanners
Kodak Alaris has enhanced its Kodak i4000 Series Scanners. The Kodak i4650 and Kodak i4850 Production Scanners now deliver faster scanning speeds of up to 160 pages per minute (ppm).
1 day ago
Westcon-Comstor launches own flexible payment solutions
Westcon-Comstor has launched Flex (Flexible Payment Solutions), a payment service that provides flexible funding for the IT channel.
1 day ago
Avery and ID&C announce key organisational changes
Avery UK Group has announced organisational changes in both its Avery and ID&C companies to meet the changing needs of their customers and a continuously evolving market. Effective immediately, the business has consolidated all commercial teams and appointed experienced lead Kristine Humphreys as Commercial Director.
2 days ago
Industrial automation makes way for information automation
Today, most manufacturing processes are automated on some level, and only growing more so. But can the same be said for our cognitive activities and information-related processes? Collecting, analysing, and extracting value from data is surely the next step in optimising industrial processes, yet the way it is currently treated in terms of technological investment and prioritisation would suggest otherwise. This is according to Jason Chester, Director of Global Channel Programs, InfinityQS. 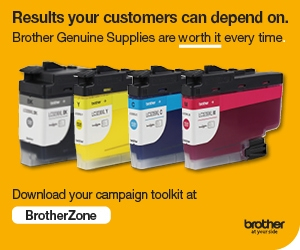 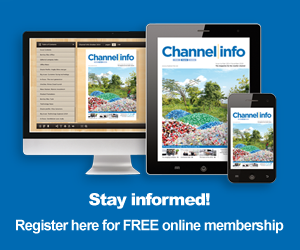 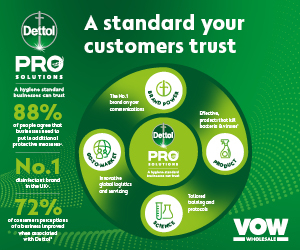 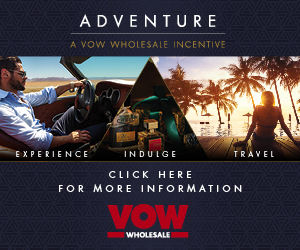