Banner has announced it is to hold an open day for potential and existing suppliers who are seeking growth opportunities. All organisations interested in attending this free of charge event are invited to make contact to book a meeting time. The open day will take place at the Marriott Hotel, Leicester, on Wednesday 24th July.

Banner's sales during 2017-18 outperformed the market in many categories, with year-on-year growth being recorded in technology (57%), furniture (42%), facilities supplies (19%), traditional office products (7%) and paper (4%).

Craig Varey, Banner Managing Director said, "we grew sales of supplier products year-on-year by more than 10 per cent in the first quarter of 2019. This followed strongly on from six per cent growth last year. Throughout 2018, we retained an exceptionally high percentage of existing customers and we continued to recruit new clients and win market share via success in two out of every three new business pitches that we completed. We're keen to share our success with all suppliers, new and existing."

Citing reasons for Banner's performance, Craig said its 370-strong customer-facing workforce functioned as an extension of suppliers' own business development teams. Selling via a mix of methods, including online, phone and face-to-face, it effectively gave them access, via knowledgeable professionals, to 50,000 active customers who placed orders with Banner.

Craig said Banner's performance for suppliers had been aided by other recent developments such as the organisation's five acquisitions in the last 18 months; investment in areas such as stock, marketing and customer recruitment; improved warehouse efficiency; deployment of new technology across its market-leading e-commerce platform; and backing for Truline, its in-house business-to-business parcel delivery provider.

He said while Banner benefited from the scale of the EVO Group, of which it is a member, the company also had the ability to choose and develop its own focus areas. He recognised that certain suppliers may have seen its sister organisation VOW Wholesale as their sole route to access Banner's sales engine in the past, but expressed that Banner is keen to open up contact.

Craig added, "our independence means we have the flexibility to create solutions suited to our target customer base. We're able to make our own decisions about product ranges and stock levels which allow us to make agreements with suppliers tailored to respond to the demands of the end-user marketplace we serve."

Anyone wanting more information or to book attendance for the open day should register here.

Share on social media
Share on Facebook
Share on Twitter
Share on Linkedin
Topics
BANNER
HOST
OPEN
SUPPLIER
TO
More News
18 hours ago
M-Files unveils enhanced desktop user interface
M-Files has unveiled a new desktop user interface, with an enhanced layout that provides a document management experience. The updated desktop user interface features better information layering, less distraction, and enhanced readability across the M-Files metadata-driven document management platform to improve the user experience.
19 hours ago
Woodbank Group acquires Datatech Systems
Woodbank Office Solutions has acquired Wirral-Based Print Management business, Datatech Systems Ltd, seeing further expansion of the Woodbank Group’s presence in Liverpool and the Wirral.
21 hours ago
Quocirca study tracks rise of employee-centric hybrid workplace
Quocirca has published the third edition of its Global Print 2025 study, analysing how print and digital convergence is shaping today’s workplace. ‘The Future of Work, 2025’ reveals that post-pandemic transformation is proceeding at pace and that the role and requirements of the modern workplace are undergoing fundamental changes.
22 hours ago
Integra Conference promotions to celebrate 25 years
Integra Business Solutions has announced additional price support as a thank you to members coming along to the group’s forthcoming National Conference.
1 day ago
Post-pandemic cybersecurity focus for Integrity360 Security Roadshow
Integrity360, cyber security services specialist, has announced the agenda for the launch of its Security First Roadshow 2022 which will take place on five different dates, across five different locations around the UK and Ireland.
1 day ago
Mode Solutions and eacs become Espria
A new name has entered the UK-managed services sector with the launch of Espria. The new business brings together Connection Capital-backed Mode Solutions, a provider of turnkey digital managed services with IT Managed Services provider, eacs, which it acquired in June 2022.
1 day ago
Optimising customer experience and business interactions with telecoms
Irrespective of the sector a business works in, the need to stand out from the crowd is critical to gain and retain a competitive edge. No opportunity can be missed to make customers feel valued and unique, especially in crowded, commoditised sectors where options to differentiate one business from another may be more limited.
4 days ago
Nemo Office Club launches Sales Management Training
Nemo Office Club has launched a new Sales Management initiative in partnership with Sandler Training. Primarily available to members of the group, the sessions will also be available to supporting suppliers and dealers’ customers.
4 days ago
VOW to support resellers through new initiatives
VOW Wholesale is increasing support to resellers in the industry by announcing an enhanced suite of initiatives as part of its service offering.
5 days ago
Vectra selects Nuvias Group as sole UK strategic distribution partner
Vectra, experts in AI-driven threat detection and response for hybrid and multi-cloud enterprises has appointed the Nuvias Group as its only strategic distributor across the UK, adding to its existing partnership with Cloud Distribution, a Nuvias Group company. 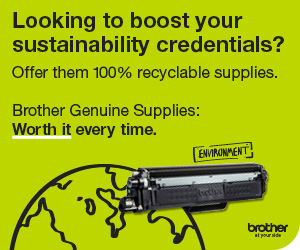